Users can download a free version of PC Matic software, but can only perform required actions with a paid version, which costs $50 for one year or $300 for a lifetime subscription. While PC Matic excels at protecting PCs from virus and malware threats, it sometimes also blocks sites and programs that are safe, which can result in user frustration.

PC Matic uses different technology than most other antivirus tools to keep computers protected. Typical antivirus software like Avira and Bitdefender uses blacklisting technology, which means that they include a list of malware and viruses that the program defends against. PC Matic uses a whitelisting approach, which means that it includes a list of programs and sites that your computer can let in.

This means that when you use PC Matic, you’ll have a list of programs and websites that can gain access to your computer; everything else is blocked, including ransomware, advanced persistent threats (APTs), polymorphic viruses, and zero-day attacks.

PC Matic offers a free download of its software and allows you to run a scan—however, if you want to perform any action suggested by the scan, you’ll need to buy a paid subscription.

There are also subscription options that cover between 10 PCs and 125 PCs, but no matter how many PCs you need protection for, the actual features are the same.

PC Matic also has a portfolio of PRO products for businesses, including Endpoint Suite, Authentication, Security, Performance, Driver Update, Patch Management. There are no list prices for these products; companies are invited to call PC Matic sales support for a quote.

Installing PC Matic is simple and straightforward. Once you download it, just follow the prompts, and presto, you’ve got it. If you only download the free version, however, be aware that you won’t be able to do much with it, except run a scan. You’ll need to buy a subscription in order to carry out any actions that the scan suggests.

In terms of how PC Matic affects your computer’s performance, when compared to the industry average it scored much better in how it affects the launching of websites, the download and installation of frequently used apps, and the copying of files. The one category in which it didn’t score well was the launch of standard software applications; here it slowed down the launch more than its competitors.

PC Matic scored very high in terms of virus protection tests run by the independent testing company, AV-Test: 100% in protection against 0-day malware attacks, inclusive of web and e-mail threats and 99.9% in the detection of widespread and prevalent malware discovered in the last 4 weeks.

In other words, any issues that users have with PC Matic are not related to its virus protection—that is top-notch. Rather, they are related to the whitelist technology that often blocks programs and software that are actually okay.

PC Matic offers fairly good value for your money, especially since it covers 5 PCs. While some competitors offer less expensive rates per year, those rates only apply to 1 device. If you order protection for 5 devices for one year, the price skyrockets. For example, Kaspersky Antivirus costs $39.95/year for one PC, but for 5 PCs the price climbs to $95.95/year. Similarly, Bitdefender Antivirus Plus costs $39.99/year for 1 device, but $69.99/year for 5 devices. In this regard, PC Matic offers better value than its competitors.

However, while PC Matic is less expensive than some of its competitors, keep in mind that other companies may offer additional features, such as social network protection, 24/7 support, anti-fraud, anti-phishing a file shredder, and more. When considering which product to buy, you have to consider which features are included and whether they are worth paying extra for or not.

When it comes to PC Matic’s lifetime subscription (which retails at $300 but sometimes goes on sale for $200), the value for your money is unbeatable; virtually no other competitor offers a lifetime subscription, and definitely not at such a low rate. (Bitdefender goes as high as 3 years—which costs $149.99 for 5 devices. Kaspersky charges $143.95 for a 2-year plan for 5 PCs.)

There’s not much person-to-person customer support offered by PC Matic; there are, however, some fairly extensive online resources that the savvy buyer can make use of, including detailed FAQ pages, product support, and how-to videos.

PC Matic is fairly easy to use and install; the main issue is that the software often blocks programs, sites, and files that are actually safe. When tested by AV-Tests in September and October of 2017, PC Matic scored 48 and 28 respectively for false detections of legitimate software; to put this in perspective, the industry average is 13.

If a site or program that you’d like to access gets blocked, you have to manually add it to PC Matic’s whitelist. For some, this can be very frustrating, and is even reason enough not to buy it.

When it comes to cyber-protection, PC Matic lives up to its promise of protecting PCs from malware threats and viruses. In this regard, most users have no complaints.

PC Matic offers excellent antivirus and malware protection at competitive prices, and when you purchase a subscription, you get an additional Adblocker and PC maintenance tool. However, due to the software’s whitelisting technology, it often ends up blocking programs and sites that are not actually dangerous to your computer. 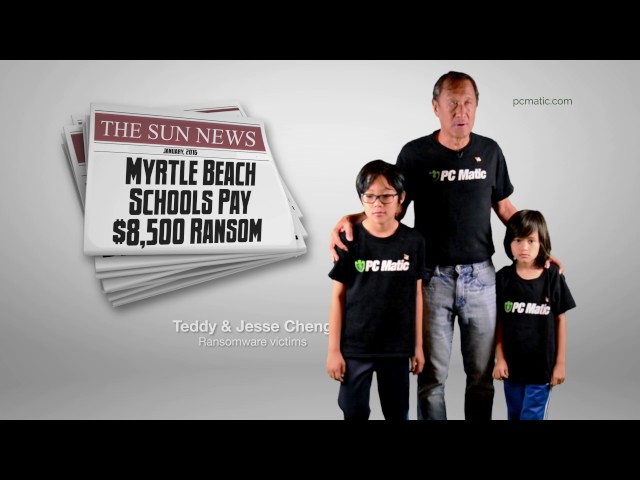 You may recognize PC Matic from its television commercials, but the company got its start a long time ago. PC Matic is the main product of PC Pitstop, which was founded by Rob Cheng in 1999 after a successful career at Gateway 2000. The company started out as a free computer diagnostic website; it only got into the antivirus game in 2009, when it launched PC Matic.

In 2011, PC Pitstop launched Super Shield, PC Matic's real-time protection based on a whitelist. In 2016, one of PC Matic’s customers was hit by a scripting attack, also known as a fileless infection. The company updated its technology to block scripting attacks. As malware and viruses continue to evolve, PC Pitstop is doing its best to keep up its excellent protection.

Norton is one of the best-known brands in antivirus protection - and for good reason. It is consistently ranked as the best consumer-security software in terms of overall virus protection and performance, as measured by detection rates and...

With an arsenal of virus, trojan, adware, spyware and malware protection tools, TotalAV is an easy to use antivirus software package that definitely holds its own against the top names in the industry. The software can be used on desktop...