What Is Spyware and How Do I Get Rid Of It?

Spyware: sounds alarming, right? Well, yes. It is indeed. Spyware is a form of malware – a malicious code that can be accidentally downloaded from an unreliable URL, attachment or email, or spread from PC to PC through an infected USB or external hard drive. The thing about spyware, though, is that it’s often bundled up with things you actually want and offered to you as an optional add-on that sounds like something else. And often, it’s totally legal, too.

What Does Spyware Do?

Let’s start with the positives: the silver lining is that spyware (and its closely related cousin, Adware) isn’t as destructive as a traditional computer virus. This is because it doesn’t normally doesn’t attempt to alter or install any files on the hard drive of the PC.

But that doesn’t mean it isn’t damaging.

Spyware exists to gather information about you, including your browsing habits and downloads. In its less threatening versions, common statistics it records include the type of websites you visit, search terms you use, and products you purchase online. The aim is largely to bombard you with targeted advertising reflecting your habits, and spyware companies are paid every time you click on an ad displayed as a result of their software.

This spyware is the kind you agree to download by accident – if you check the Terms & Conditions or the Privacy Policy, you’d likely find it outlined in the small print. By declaring that any information the software records will not be “sensitive” or “identifying,” spyware producers can remain legal, if immoral.

Other forms are more dangerous. These collect private and payment details that can be used to steal your identity - and your money. When you go online, these details are then sent to a central hub that stores this data. Unlike most forms of virus and malware - which announce their presence and disrupt what you are trying to do - spyware is super sneaky. It conducts its underhanded research without your knowledge or consent, with many users failing to realize until it’s too late.

Spyware is easy to install by accident and difficult to detect. It doesn’t take up much space and is often installed alongside genuine computer programs through deceptive or misleading prompts.

When installing a computer program that you downloaded from the internet, always pay attention during the setup process to avoid inadvertently installing spyware. Internet browser add-ons, including toolbars, are particularly common vehicles of spyware. 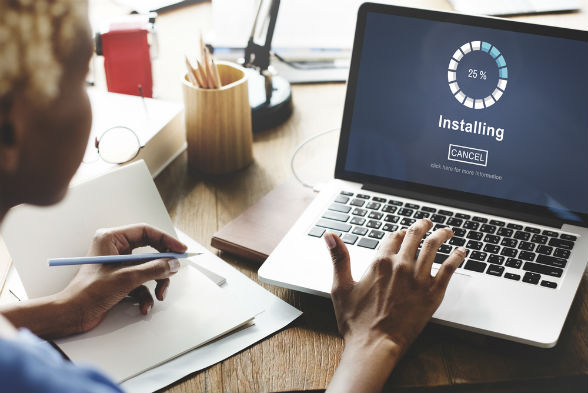 How Do I Protect Myself From Spyware?

Because spyware is typically user-activated, you can largely avoid it by being very careful about what you agree to download. Carefully examine all disclosures, license agreements, and privacy statements. This is where the Spyware software should be outlined, and you should be able to spot its filename, uncheck a box or decide to avoid the software altogether.

The downside of this is that, while most antivirus software flags unverified and unprompted installations, spyware can slip through the net. However, a premium antivirus package with regular updates and specific anti-spyware functions is your very best bet for catching this before, during, or after installation. Run regular scans to keep your device safe.

How to Remove Spyware

As we’ve seen, a decent internet security suite should catch, quarantine, and destroy spyware on your behalf. But if you don’t have antivirus installed and you think you’ve picked up something nasty on your PC, here’s how to get rid of it yourself.

If you’re REALLY lucky, the malware won’t be particularly sophisticated or pernicious and you can get rid of it yourself.

Go to your Control Panel and take a look in your installed programs. If something new has installed that you don’t recognize, this is probably the culprit. Highlight it and click “uninstall.” There is a chance that this will do the trick, but most spyware either won’t show up or will resist uninstallation.

That means you need to get a second opinion, like this…

Step 2: Get the Right Tools

If the malware blocks any of these from downloading, download them onto a different PC instead, copy the drivers onto a USB stick and plug that into your uninfected PC to run the scan.

Start with the Malicious Software Removal Tool. This doesn’t pick up everything, but it does tend to seek out the most serious, common malware and spyware. If it doesn’t find anything, open Defender and select “Full Scan” on the dropdown menu next to “scan.”

Both of these tools will give you instructions on screen for uninstalling any spyware they find. However, if you do have something unpleasant lurking in your PC it might try to block this, so try rebooting a few times and attempting it again.

Step 4: Layer on the Security

Still no luck? Step things up a notch with an additional, layered security tool such as Malwarebyte’s free Anti-Malware tool. This runs alongside your other software to catch anything they miss.

If none of these locate the offender, or if they find the spyware but can’t remove it, it’s time to move on to a comprehensive antivirus program.

There are decent free antivirus programs out there, but by this stage it’s probably worth paying the money for an in-depth solution that will give you plenty of control. It’s essential to choose a program that can identify rootkits, as these are the worst type of spyware – ones that hide themselves from normal, low grade malware scanners, as well as from Windows itself.

If your spyware has managed to escape detection for this long, you’re probably dealing with something like this, so there’s no point in scrimping on the solution.

Again, it’s probably better to run this from a USB stick and disconnect your PC from the internet to help isolate the spyware and stop it causing more trouble while you’re trying to remove it. Plug in the USB, run a full scan and delete or quarantine anything that shows up. This should do the trick.