The Best Tune-Up Utilities to Make Your PC Run Faster

If your Windows PC has ground to a near standstill then you’re probably already in the market for a cleanup solution. In fact, you probably want to make a decision relatively quickly to get your PC back up and running at something like its original pace. 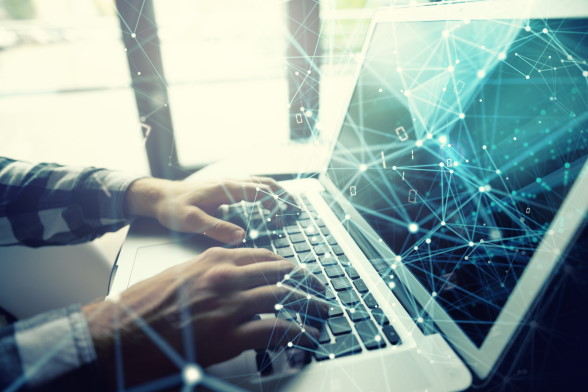 Because the cleanup market is surprisingly vast, we’ve done some of the hard work for you and narrowed it down to the very best providers on the market. In fact, we’ve whittled the selection down to just 3: Reimage, Restoro, and Norton. Here’s how they compare in terms of features, price, and performance.

Reimage is a cleanup tool available for both Mac and Windows. Its Windows platform features an automated error resolution tool that is designed to automatically analyze common problems with the Windows operating system. These are frequently responsible for troublesome performance. To do this, Reimage relies on a custom database of more than 25 million files—among the widest in the industry. These patches can be applied dynamically in order to restore system performance.

Reimage also features a Blue Screen of Death (BSOD) repair tool that can help save computers running Windows from otherwise fatal errors. There is also a scanning tool that gives Reimage some capabilities that are more commonly seen in antivirus and internet security programs. These scanners are designed to identify and make safe viruses, adware, crimeware, rootkits, spyware, and worms. While most tune-up/system optimization tools do not include an antivirus component, these can often be at the root of serious system performance issues—so Reimage users have less technology to worry about getting set up on their computer.

Additionally, Reimage can speed up computers by preventing them from displaying repetitive messages triggered by missing system components. An example of this is Dynamic Link Library (DLL) messages. DLL files are shared across numerous programs and when these libraries are missing an entire cascade of programs might be prevented from operating normally. Reimage can not only make a catalog of all the DLL files that are missing from the system but it can also download and install them from its backend database. This will save the computer from throwing up errors and prevent many programs from crashing. Both of these things can significantly improve speed.

Restoro, by contrast, is only available for Windows. However, if you’re looking for a tune-up/optimization tool that really brings some impressive technology to bear on your system then this is another excellent choice to keep in mind.

Restoro is particularly good at fixing hanging or freezing computer errors. These occur due to serious glitches within programs and often force users to have to forcibly shut down the computer by holding down the power button. This, in turn, can result in damage to hardware components like storage media drives—particularly if the user is forced to take this action repetitively in which case the damage can be cumulative. Whether the program freeze is caused by a temporary glitch in the program or caused by a more complicated and deeper defect with the operating system, Restoro is well-equipped to apply the necessary fixes to get the computer operating in good condition again. Like Reimage, Restoro is able to draw upon a massive repair database of more than 20 million original Windows system files to repair any detected software problems. In fact, the more that Restoro is used, the better the performance enhancements it can offer become and the faster the program can apply the necessary optimizations.

If you’ve ever had to install an operating system from scratch then you know how frustrating it can be to have to reinstall all your programs and apply the customizations that you have come to rely upon as part of your daily workflow. Restoro is designed to minimize your chances of having to go through this frustrating process. The tool is capable of restoring the Windows operating system at a deep level “from scratch” by bringing in fixes from the company’s proprietary database.

While some computer viruses leave very obvious chaos in their wake, in other cases it can be harder to detect the symptoms that indicate that a piece of malicious software has managed to infiltrate and cause harm to the system. Restoro specializes in repairing this latter so-called “silent” file system damage. In this manner, Restoro can offer some of the same features that are typically found in an antivirus tool.

One of the best known tools on the market, Norton Utilities Premium contains all the tools that users need in order to bring their PCs back to a usable condition and fast operation. Norton Utilities can work on up to 10 PCs for each license—so for users that have a lot of Windows computers that need a tune up, this is a great value and affordable tool.

Having to run a variety of optimization tools sequentially can slow down how quickly users are able to get their computers running quickly again. Rather than having to initiate tools one-by-one, Norton Utilities includes a 1-click optimization tool that will run the junk remover, slowdown fixer, and system scanner in an automatic sequence. The best part of this is that users are able to schedule the speedup jobs and they will execute automatically on schedule.

Startup bloat can occur insidiously after installing a variety of programs that all automatically include a permission to run as soon as the PC is turned on. Norton Utilities includes a system scanner that allows users to quickly and easily identify which programs run on startup. Once these are disabled, users can find that their system boots much more quickly and with less initial resources usage.

Now is the time to install a system optimization tool that can take your Windows from a slow and lagging device to a powerhouse that can help you take on the world. The market is vast and not all tools are reliable. Choose from 1 of our 3 highly recommended products to get your PC running faster.

Our editorial staff is comprised of writers who are passionate about the world of online consumer services. We specialize in simplifying the process of choosing the right antivirus software for your needs.